This is Frank Yiran Guo 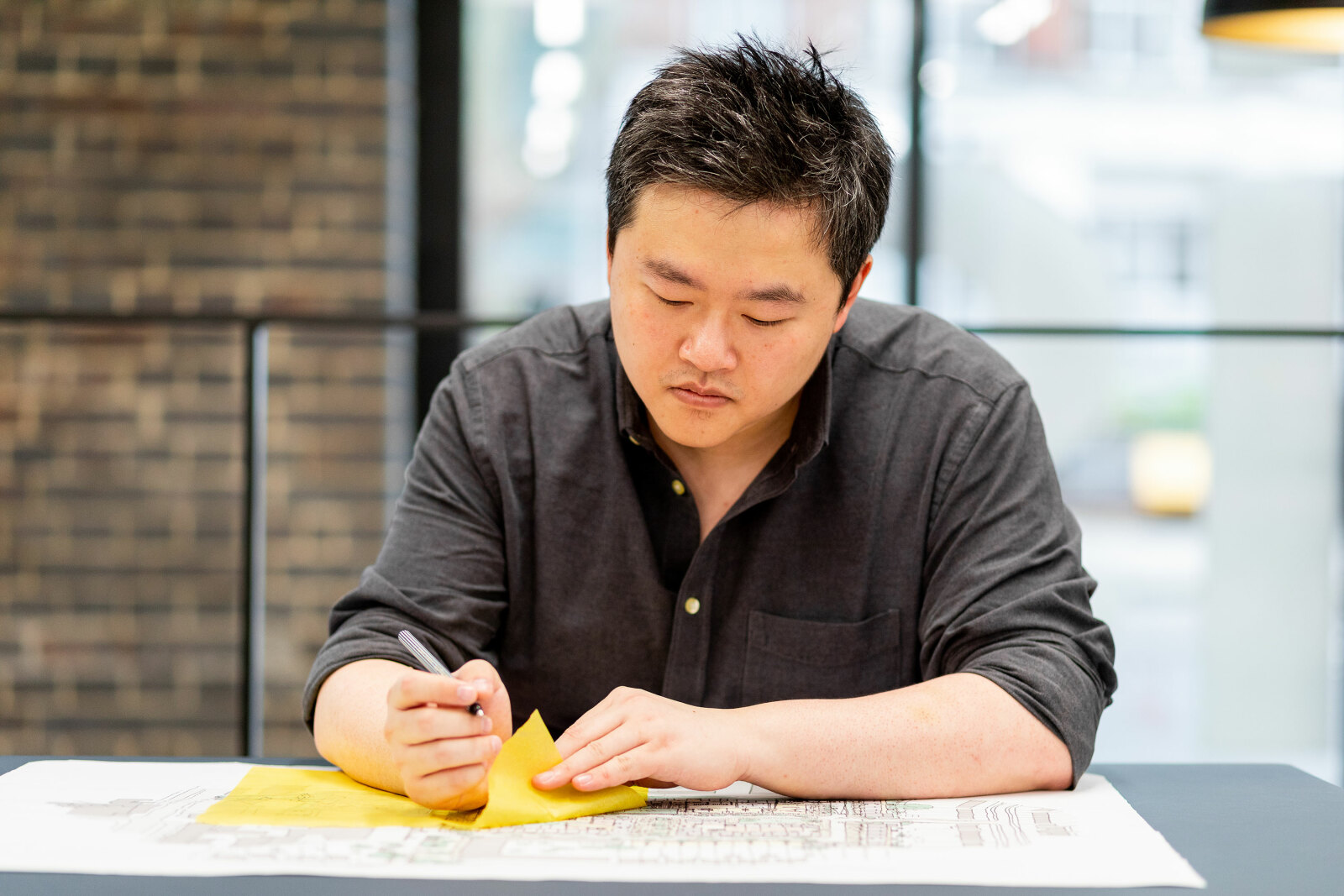 To design is to feel, to choose, and to understand.”

Frank took interest and influence in architecture from his mother who was a developer of mass housing projects. He obtained his degree at University of Bath where he learned the basics and practical aspects of architecture before he studied at the AA School of Architecture where he studied architectural narratives and theories.

Frank has worked in the UK and overseas; in large international offices like Benoy and in tight-knit smaller offices such as Finkernagel Ross where he obtained his architectural qualification in 2018 before joining Apt in 2021. He has worked on a wide range of projects including Grand Prix racetracks in Johannesburg, an IKEA store in Ningbo, high-end private houses, office floor refurbishments and food chain restaurants.

Frank paints charcoal, watercolour and oil portraits of the characters from shows and movies he enjoys watching.