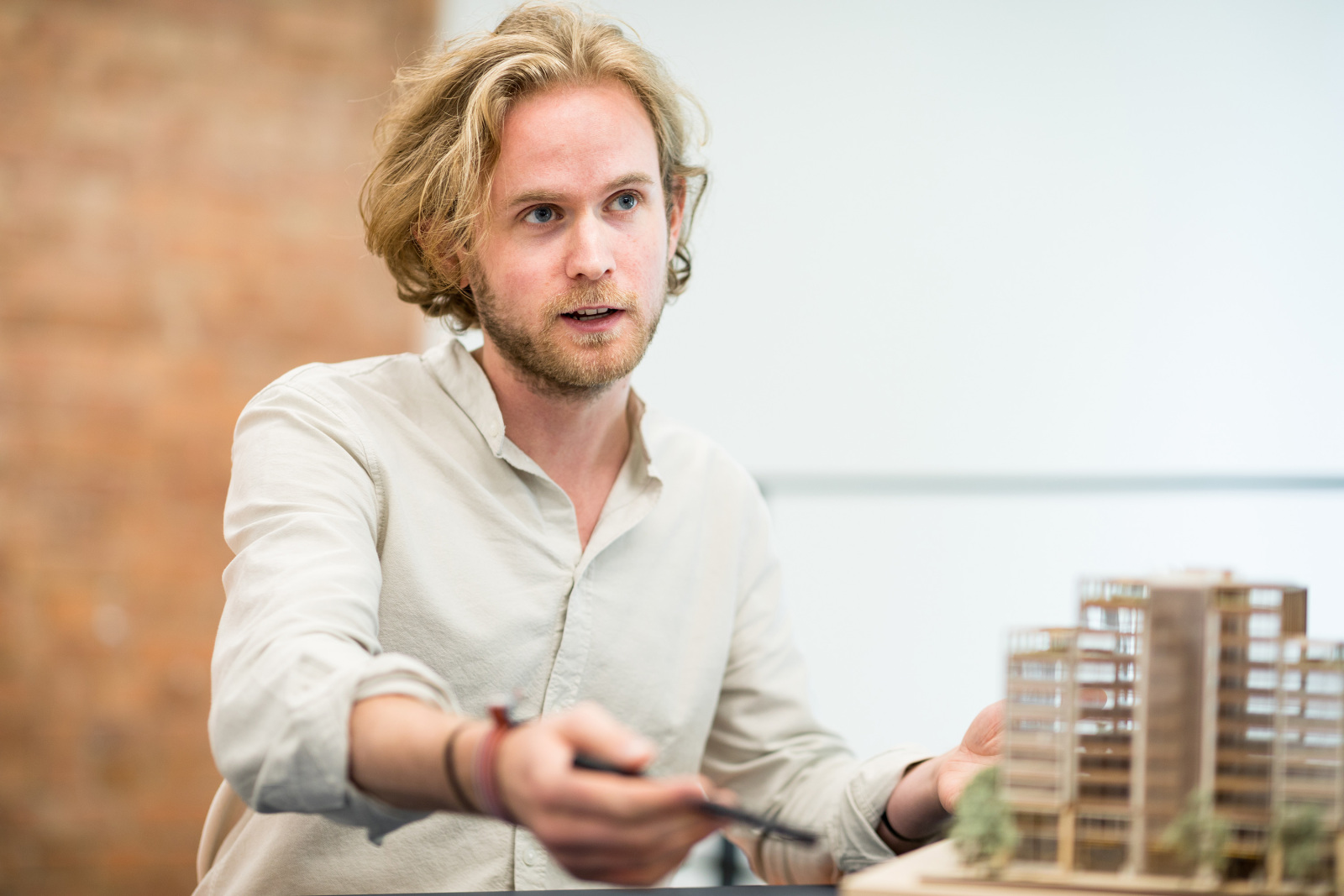 A city without surprises is like a night without dreams.”

Frustrated and defeated, young Martin gave up his dreams of becoming a celebrated comic book artist in Sweden and crossed the North Sea to study architecture at the University of Edinburgh. Highlights from his MA(Hons) include theatrical academic projects and placements in Norway and Ghana, where he alternated on-site experience with salsa dancing and Olympic skiing. For his M.Arch in Edinburgh, Martin explored the cultural and industrial heritage of the Arctic Circle and the Baltic Sea. Scandinavia never seems to escape him.

Since joining Apt, Martin has contributed to significant Planning Applications, been involved with student accommodation projects, worked on a DCO application for a theme park and passed his Part III at UCL the Bartlett. Representing Apt while beating other architectural practices in the summer softball matches have been particularly proud achievements.

When time allows it, nothing relaxes Martin more than playing tennis in the summer evenings and discovering new cinemas around London.