This is Sara Fox

Sara has worked as an independent property consultant since leaving Swiss Re in 2005, acting primarily as a client representative advising on a variety of projects.

During her ten years at Swiss Re, she was the Project Director responsible for the construction, fit-out and leasing of the group’s new London headquarters. The building, designed by Foster + Partners, is the 180-metre, 40-storey tower most familiarly known as the Gherkin, it was during this role that Sara met Robin and as the relationship matured, became a future trustee of Apt. Prior to working on this project, Sara completed a new 300,000 sq.ft headquarters building for Swiss Re in New York. She started her career in property at Olympia & York Canary Wharf in the late 80s and early 90s. She previously worked for Schlumberger and McKinsey & Company.

Sara holds a BSc in Economics from Wharton School of Business, and an MBA from Stanford University. She served for four years as a member of the British Council for Office’s national jury.

Sara became a trustee at Apt in 2018, a pivotal time for the studio, which saw the company rebrand, become an EOT and move to a new home in the heart of London’s Design District. Sara’s professional acumen and diversified areas of interest and expertise provided invaluable insight during this period of change for the business, and she continues to use her experience to guide the business as we continue to evolve. 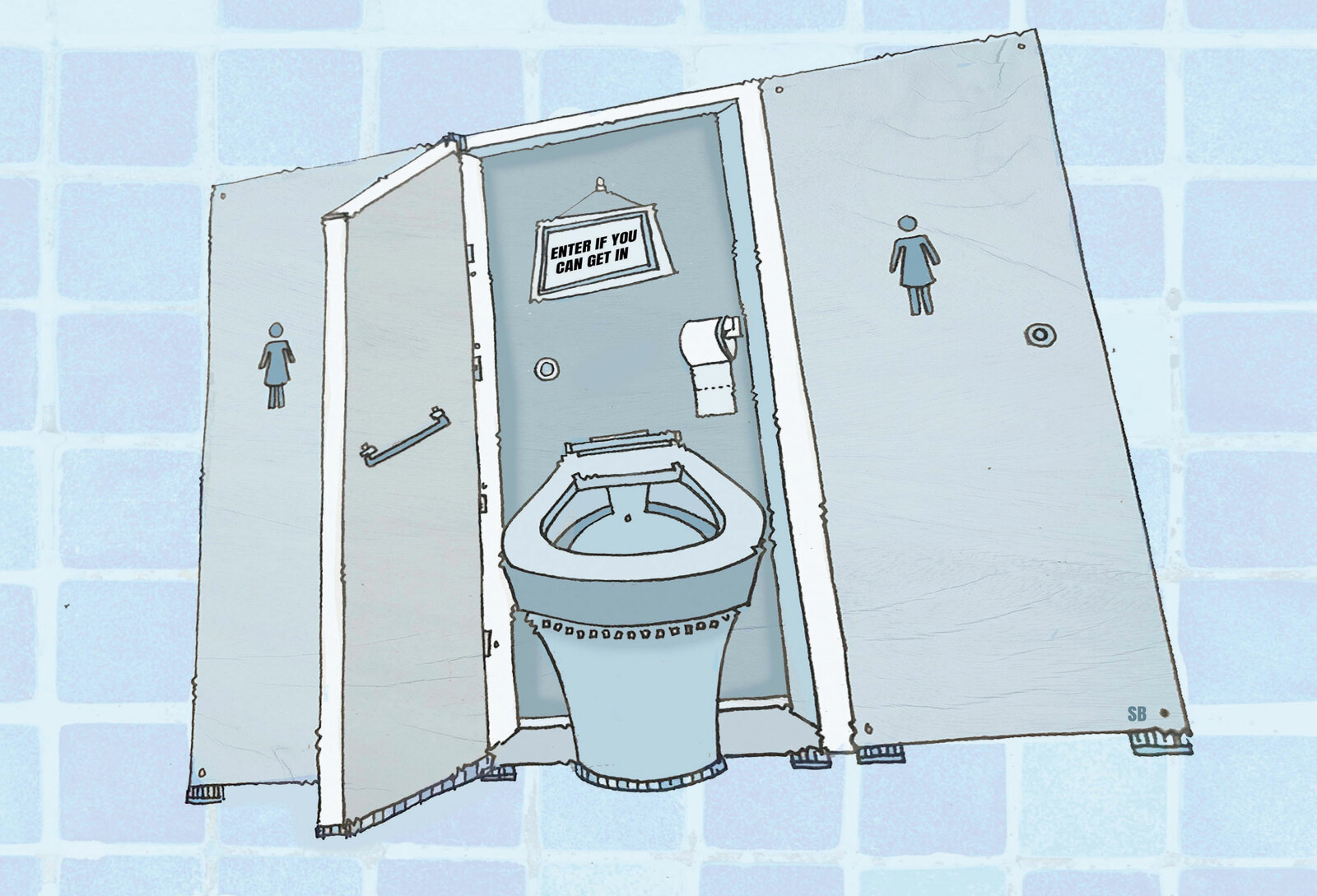 Ignore Toilets at your Peril by Sara Fox